One of the things I love about Facebook is the opportunity to share and to learn from another’s sharing. Despite its various problems, Facebook succeeds at bringing many people closer than they might otherwise. This is especially the case for us classical musicians, who tend to be an introspective bunch, but who are also deeply passionate about many facets of their lives.

Last month I was invited to participate in one of Facebook’s many so-called “challenges”: to list ten albums that “radically changed my musical outlook and tastes”. This is strikingly different than requesting one’s mere favorites, requiring a deal of soul-searching and rich consideration. Also, the tradition was to post the cover art with no description, but I modified these instructions by giving a brief commentary.

I so enjoyed the process, and the conversations that ensued, that I decided the list was blog-worthy. So, here ‘tis. I provide links to ArkivMusic (or, if necessary, Amazon) so you can purchase the album yourself, if so inclined. 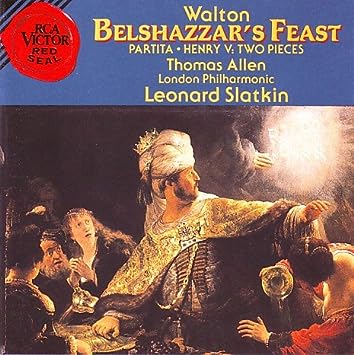 Behold, the gateway drug that brought about my lifelong obsession with William Walton.

One Sunday morning when I was about sixteen, I was ready to go to church on time, but my parents were not. So I turned on San Francisco's classical radio station and was greeted by the most glorious "Alleluia" I had ever heard. I jotted down the composer and title, both of which were unknown to me. The very next day I drove to Tower Records and purchased this CD.

Within perhaps a week, I had also procured Simon Rattle's disc of Walton's First Symphony and Cello Concerto (which, solely for sake of variety, I will omit from this survey). These recordings introduced me to my favorite composer, the subject of my dissertation, and one of the precious few aspects of music that reliably reminds me why I chose this profession. 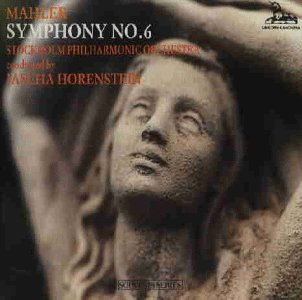 Is this my favorite Mahler recording? No. Is it my favorite recording of Mahler 6? No. But it is the one that caused me to first fall in love with Gustav Mahler, whose music best encapsulates the human condition. And that feature is never more raw than in the Sixth. Jascha Horenstein is almost forgotten these days, but the ponderousness, the strength, the terrifying inevitability of this performance still shakes me.

Mahler's Sixth is my favorite of his symphonies. I vividly remember the first time I attended a performance, as a teenager... watching as amid the most joyous music imaginable the giant sledgehammer ominously rose in the dark back corner... silently begging the player not to let it drop, to let the symphonic hero be triumphant just this once... mentally pleading on behalf of all humanity... but then watching the hammer begin its fall... knowing all hope is lost... and, finally, feeling physically the weight, the mass, the most visceral of thuds.

This symphony is so much more than that famous gimmick. But it takes truly great music—and a great performance such as this one—to change a life. 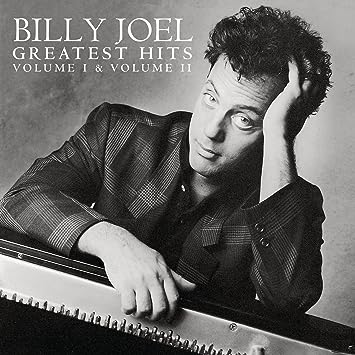 When in early 1999 I first befriended my eventual wife, she encouraged me to expand my musical awareness. So I began with her favorite of the time, Billy Joel. Sure, I had known bits of his output since childbirth, but I had never really listened. Imagine my surprise to discover a songwriter equal to Schubert.

Much of Joel's draw is of course in his utterly brilliant poetry. (The phrase "a real estate novelist" remains one of the most succinctly revealing turns of phrase I've e'er encountered.) But his music itself shares that one essential characteristic of the immortal composer of any genre or style: he compulsively uncovers corridors of emotion or comments on the human experience that are highly individual and expressed individualistically. Here is a composer and poet of the very first rate, who is a mighty fine performer to boot.

Billy Joel was the first "popular musician" whose output I decided was worthy of surviving five hundred more years, alongside the great classical compositional voices of yore. (Because yes, I have the right to make that decision. And so do you.) 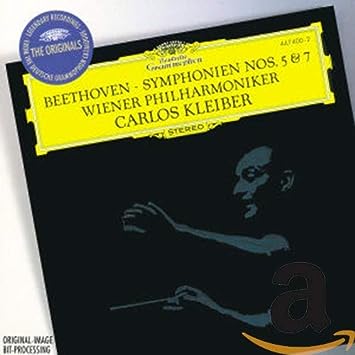 We are taught that artistic Perfection is a theoretical impossibility. Yet here it is.

I see Beethoven's Fifth as the focal point of all Western classical music. Every question or problem posed by Beethoven's predecessors is answered in this work. And every work written since has had to contend with the questions and problems Beethoven poses here.

Naturally, such a fundamental and personal composition can be interpreted in a great many ways. And thus Perfection should be less possible here than for lesser works. But Kleiber and Vienna achieve it nevertheless. Every morsel of this recording, every moment, every musical aspect, is Perfectly balanced. I have never encountered such Perfection elsewhere in music, and I don't expect to. 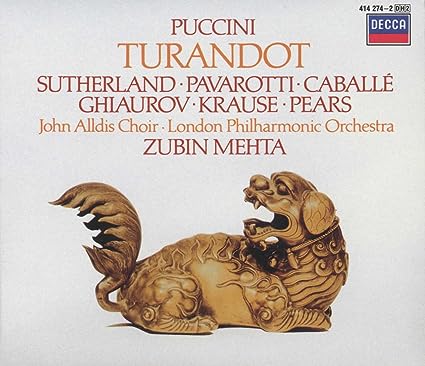 This dream team opened my eyes to a new level of raw passion in music. This was the first album I ever heard to which I responded: "I could not conduct this work." It wasn't a matter of technique or durability—I'd have tackled a Rite or a Ring in a heartbeat. It was because I would simply become undone.

I have since conducted other Puccini (Madama Butterfly), but I'm still not sure I could conduct my way through Turandot. The difference is that now... I would happily try. 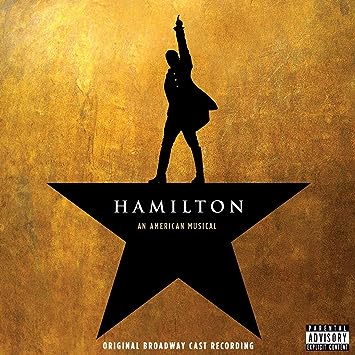 The key to this album is in the description of the Facebook challenge itself: it "radically changed my musical outlook and tastes." I'm a lifelong fan of musical theater, but I had never heard even the merest morsel of rap or hip hop that I had ever wanted to hear again. And then Hamilton came into my life.

Not only is it one of the greatest theatrical experiences I have beheld, it is—musically speaking—an extraordinarily sophisticated piece of art. The orchestration in the opening number made me weep in amazement at first listening. Seriously. (Well, OK, the lyrics and other stuff was good too, but the orchestration blew me away.) Miranda's rhyme and vowel schemes are as intricate as anyone's. The musical and textual leitmotivic elements are often subtle and always illuminating. Etc., etc., etc.

In short, I only know two pieces of 21st-century music that I have every confidence will still be performed four hundred years from now. One is David Lang's the little match girl passion, the other is Hamilton. Until I heard it, I would never have believed that a work of hip hop would generate in me such fascination and passion. 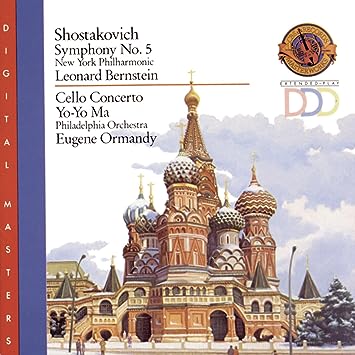 When I was in high school, I used to hang out at an adult friend's house after church many Sundays to listen to orchestral music on his magnificent sound system. Our tastes were pretty conservative. Then one day he loaned me a cassette tape of Shostakovich's First Cello Concerto.

I listened to it at home and hated it. What nonsense of harmony, absence of melody, and awkwardness of orchestration! But I respected my friend, so I listened again. Same reaction. On my third attempt, I fell asleep while listening. The next day, I felt such guilt for sleeping that I gave it another third try.

And the skies opened.

Suddenly I not only loved this work, I understood it. I saw in a flash why Shostakovich wrote what he did, what it meant to him, what it meant to me. I joked that I must have learned the piece by unconscious osmosis. This was my first real experience of appreciating Modernist music. Sure, there is stuff more Modernist than Shostakovich that I also now love, but this work was my gateway drug. 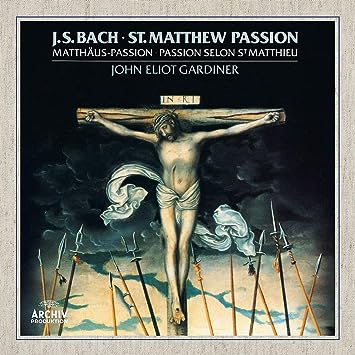 But then in grad school I heard this performance of the St Matthew Passion. It opened up a whole new mode of Bach expression, and I began to hear the passion (as it were) in his other works as well. His balance of craft and heart is even greater than Beethoven's. Sure, Bach is still not my "favorite" composer—there are perhaps ten I'd rank higher. Nevertheless I do calmly and soberly aver that Bach is the Greatest, the Most Perfect [sic] Musical Genius in Western Culture.

You are welcome to disagree, of course. Though if you do, then I hope you are comfortable being wrong. 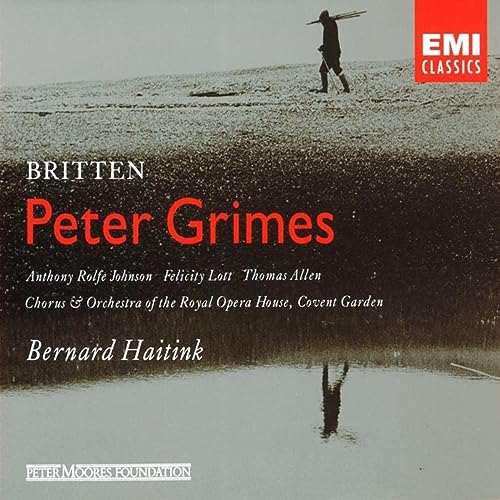 As a teenager, I felt very alone. (Of course, decades later, I learned that we all feel alone at that age.) Sure, I was part of several social groups, but I felt like an outsider in them all, each one for a different reason. I just didn't belong. I was broken.

Then Peter Grimes sprang into my life: the tale of an outsider who harbored deep demons but was unjustly blamed for terrible acts, who fought depression but also knew his worth, who strove for redemption and love but who, in the end, failed utterly. Britten's setting of the near-closing line "One of those rumors" strikes me with terror, as the protagonist—ignored, anonymous, and forgotten—is definitively consigned to oblivion. Society wins, inevitable as the tide.

This remains the only recording of any work that is guaranteed to make me weep. Every time.

Ah, and the recording itself. Yes, Pears, Vickers, Langridge, and others have sung this role wonderfully. But in my head, it is always Anthony Rolfe Johnson.

For decades people asked why I persisted in conducting and musicology, why I never seriously pursued a career or advanced training in singing. My inevitable reply was that I knew I didn't have the instrument to sing Grimes, and thus a singing career could never truly satisfy me. Perhaps my standard was irrationally high, but I don't regret the decision. 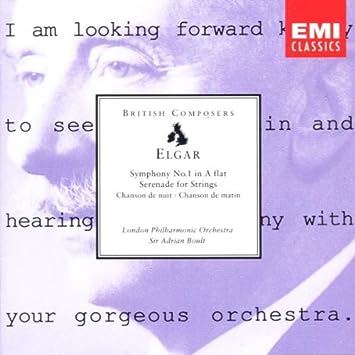 In college, someone asked me: "If your life were a movie, what would be the soundtrack?" My answer was easy. Not Walton, not Beethoven, not Mahler. It was Adrian Boult's 1976 Elgar First. The nobility and loneliness, the emotion and restraint, the intelligence and vigor... this was me, or rather this was how I saw myself. I have never identified so personally or so fully with any recording before or since.

I could easily write about another hundred recordings that have fashioned the being I now am, but these ten will suffice. If you found these musings inspiring, I invite you to explore the recordings themselves. Your reaction will surely be different from mine, but you will have heard ten great albums. And that’s never a waste of time.